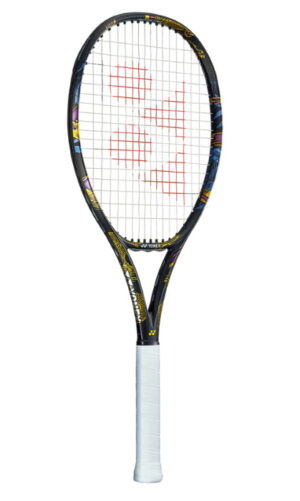 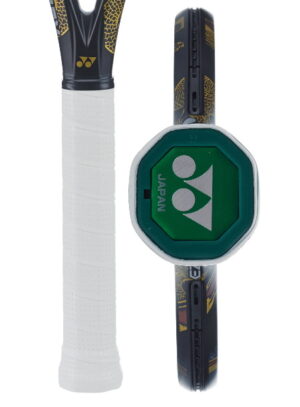 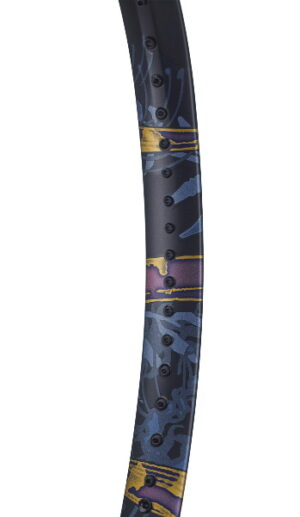 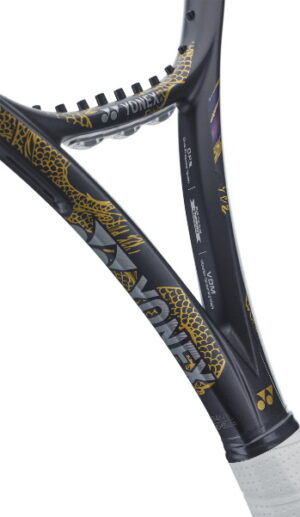 The OSAKA EZONE was designed in collaboration with Naomi Osaka (JPN) and her sister Mari Osaka. The OSAKA EZONE is an added cosmetic to the 7th-generation EZONE series, which is crafted for power and comfort.

Naomi Osaka and her sister, Mari, collaborated with Yonex’s Research & Development team to create a one-of-a-kind cosmetic for the racquet and bag.

“My sister and I have always talked about designing a racquet and to see it come to life is really special – the design is so detailed and unique,” said Naomi.

First, the sisters considered their childhood, where their mother visualized the duo as dragons. After all, dragons represent great power, good luck, and strength.

Mari began sketching the dragon and found that a spiritual spider lily would complete the design. The spider lily also represents strength and beauty because “the power of a woman is that she can combine the two,” said Mari. Then came the color selection: gold and purple, a luxurious blend for power and ambition.

“The dragons represent an unwavering, fighting spirit,” said Mari. “I hope the racquet gives Naomi strength and confidence every time she steps on the court even when I’m not with her.”

Naomi will debut the OSAKA EZONE racquet and bag at the Silicon Valley Classic, a WTA 500 event in San Jose, California. Naomi’s summer schedule also includes stops in Toronto and Cincinnati before making her way to New York where she is a two-time US Open champion.