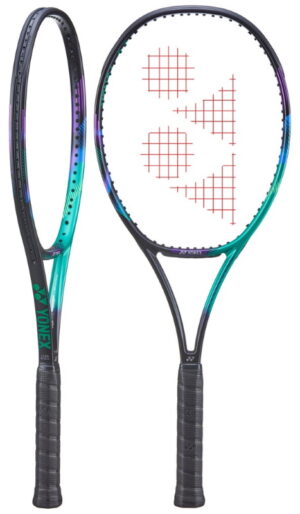 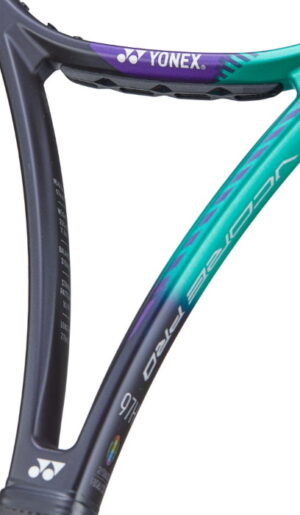 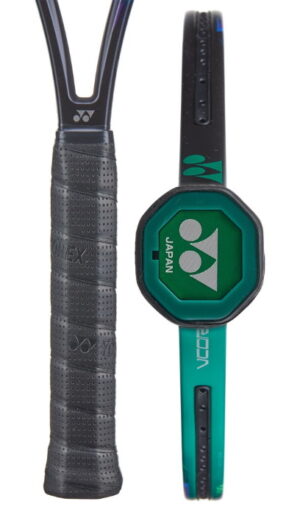 Yonex adds another chapter to one of its most stable player’s racquets. Named the VCORE PRO 97H and endorsed by Stan Wawrinka, this model replaces the VCORE PPRO 97 (330). Like the previous generation this stick is designed for the advanced player who wants plow-through, precision and feel. For 2021, Yonex tweaks the shaft geometry to help the racquet bend more effectively during impact. They’ve also added a slightly thicker beam for extra stability and pop. Under the hood, Yonex adds 2G-NAMD (Flex Force) to the graphite layup. This is designed to help the frame snapback more effectively during impact. Other material updates include Flex Fuse which utilizes a soft polymer in the layup for added comfort. Yonex’s signature technology remains the ISOMETRIC head shape, which creates a larger sweetspot and more forgiving feel. As with the previous generation, this update includes VDM (Vibration Dampening Mesh), a handle technology used to reduce harsh impact vibrations. From the baseline, this update feels solid as a rock, making it great for playing against heavy pace. In addition to its great feel and spin-friendly precision, the 97H delivers impressive power to those who can leverage its mass. It also feels stable when redirecting pace at net where the touch is outstanding. Ultimately, with some impressive updates to the beam construction and feel, the 97H continues to be a great choice for advanced players who want a racquet that does not get pushed around.